No reciepe for success 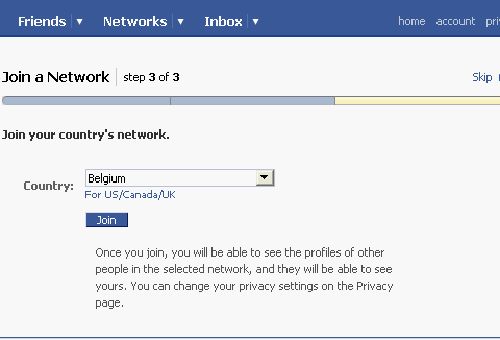 This week’s reading was Clay Shirky’s last chapter in Here Comes Everybody, chapter 11: Promise, Tool, Bargain. Shirky explains that en though “there is no recipe for the successful use of social tools…every working system is a mix of social and technological factors.” (260) Despite the inability to find an exact formula for success he claims that every successful example in his book has used the following three elements:

1.) Promise – This is the “why” someone should join or contribute to a specific group. It is vitally important because it is the the promise that converts the potential user into an actual user. Shirky explains that the key to a good promise is balancing between being too broad or too extreme. The key is that “the implicit promise of any given group matters more than any explicit one” (262). This idea of creating meaning and convincing  the potential user is unique because it is not simple “selling” the idea of social media, but convincing users to actually participate and take action.

Creating the promise is complicated by many factors, including the paradox of group or basically that a group can not exist without members, but no one is not a member until they are part of a group. “With social tools, the group is the user, so you need to convince individuals not just that they will find the group satisfying and effective but that others will find it so as well; no matter how appealing the promise, there’s no point in being the only user of a social tool.” This problem is complicated by factors such as group size and commitment level. Shirky uses the example of Flickr and Live Journal as ways to subdivide the community to more manageable and creating value to user input in order to attract and retain users.

2.) Tools – This is the “how” problems and coordination will be addressed on every level. Tools are complicated because there is not a panacea type tool that can be used, but rather they must be specific and tailored for particular jobs. Shirky explains that “when you improve the availability of tools, you expand the number of plausible promises in the world.” (266). Shirky uses the comparison of tools to trellises for vines, “they didn’t make the growth possible, but they supported and extended that growth” (266). Group action and selection are also determined by group size and duration of interaction.

3.) Bargain –  This is the rule set, the if you want to use the social tools what you can expect and what is expected of you portion. Bargains come third in the list because they can only come about after the creation of a promise and a working set of tools are in place, but it is the most important. Shirky explains this importance because “it is the least explicit aspect and in part because it is the one the users have the biggest hand in creating, which means it can’t be completely determined in advance.” (270). The bargain is what helps the user determine transaction costs, and will they be balanced or more one sided. But no matter what the bargain is, the end point is that users must agree to it, not only in a contractual manner, but in the user interaction experience. Shirky uses the example of Wikipedia switching from wikipedia.com to wikipedia.org to continue the promise of using GFDL to assure users that all content that contribute is free and available to all users and not for profit.
These three things seem easy enough to track, so why can’t there be a secret formula for success? Well, Shirky says that complex interactions social dilemmas complicate this process creating unique social tools thus erasing the idea of a universal formula. Interactions between users complicate all three of these aspects. This can be seen in how users interpret the implicit meaning of the promise, the spectrum of tools use, and accepting and rejection of the evolving bargain. An example of these complex interactions would be as we discussed in the Failure is Free post where we talked about the meet up group Stay at Home Moms. Ultimately, it was user interaction with the promise of meet up (be connected to people with similar interests, defined as stay at home moms), tools (the platform of meet up to exchange advice and ideas), and the bargain (defining user status ranging from posting and sharing ideas, to just visiting the site and reading to find out information) that led to it’s success not anything inherent in the meet up design.
It is this heavy reliance on the user that results in the social dilemmas that arise in all groups. Shirky gives many examples ranging from botched eBay transactions to branching off of the original group topic. This introduces the dilemma of satisfaction vs. effectiveness in groups. Groups must be able to evolve by altering their promise, the tools they use, and revising the bargains in order to maintain user satisfaction and effectiveness. Lastly, I would pose a question to the class. Recently Facebook just reached 350 million users. Founder Mark Zuckerberg recently explained how when Facebook first formed and evolved that it made sense to divide communities by school networks, then regions, and companies. However, Facebook is considering reevaluating these divisions. How do you think this will alter the social network and how will users respond?

10 responses to “No reciepe for success”