The Rise of Collectivism and Open Source Software 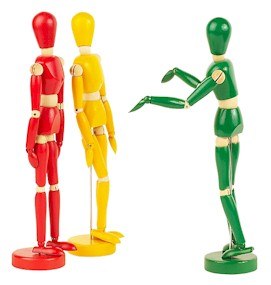 Both Kevin Kelly and Jaron Lanier take on the continuous debate about the effects of open source websites in the articles “The New Socialism: Global Collectivist Society is Coming Online” and “Digital Maoism”.  Kelly see’s the rise of open sources in an optimistic light whereas Lanier does not.  Websites where individuals are free to contribute to the overall product has become so powerful that it is beginning to re-shape the way our society operates.  A few examples of open source websites are Wikipedia, Digg, and You-Tube.

Kelly describes this new collectivism as a “revised version of socialism” (1). This new kind of socialism can be seen as a digital socialism that operates in the absence of a government and in its place is the realm of economics and culture.  Society is changing in that “instead of gathering on collective farms, we gather in collective worlds.  Instead of state factories, we have desktop factories connected to virtual co-ops – Instead of national production, we have peer production.  Instead of government rations and subsidies, we have a bounty of free goods” (Kelly 1).  While the word socialism can take on a diverse group of meanings, Kelly points out that he does not intend for this type of socialism to take on an ideological viewpoint.  What he does mean is that the rise in open source websites has laid the groundwork for “A spectrum of attitudes, techniques, and tools that promote collaboration, sharing, aggregation, coordination, ad hocracy, and a host of other newly enabled types of social cooperation.  It is a design frontier and a particularly fertile space of innovation” (Kelly 2).

Kelly mentions Clay Shirky in his article, illustrating his four hierarchal descriptions of the new online phenomenon we are dealing with.  The first level is sharing which is the mildest form but it operates as the foundation for the more coordinated levels of socialism.  This is the level of picture sharing on websites like Facebook or Flickr or video sharing on You Tube.  The second level he calls cooperation.  At this level a group of individuals work towards a larger goal like the formation of a 3D picture from numerous individuals snapshots of one object. Shirky defines the third level as collaboration.  It is in this level that “finely tuned communal tools generate high-quality products from the coordinated work of thousands or tens of thousands of members” (Kelly 2).  Here, participants do not really see direct benefits instead they gain status, enjoyment, and credit.  The last level he calls collectivism.  At this level, a system is created where particular people take on the responsibility of important processes.  “The elite core we find at the heart of online collectives is actually a sign that stateless socialism can work on a grand scale” (Kelly 2).

By and large, Kelly looks at the rise of open sources as perhaps the newest American innovation.  Overall he sees this new phenomenon as a success because of its low-cost and omnipresent collaboration.  This new model of sharing and contributing in Kelly’s mind is more powerful and beneficial than ever imagined.

While Kelly’s arguments are persuasive, so are Jaron Lanier’s.  Lanier illustrates his negative views on websites like Wikipedia in his article “Digital Maoism”.  He compares Wikipedia to a bible, not in Wikipedia’s actual intentions but the way it has come to be viewed and used.  He goes as far as saying this open source frenzy can be seen as “the race to erase personality”.  Websites like Wikipedia have gained importance rapidly, and are being viewed as all-knowing, which has become ongoing pattern for online collectivism.  Lanier views text accuracy in websites only one of the important elements for a collective to be successful.  For him, a collective also needs what he calls personality. Language offers its full meaning only when one can sense personality along with the information being transmitted.  A website Lanier views as successful in this aspect is My Space because it allows for personality and does not “pretend to be all-wise” (Lanier 4).  While Lanier discourages websites like Wikipedia, he does not deny the potential of a collective.  What he mainly argues is that open source websites have gone on this trend of losing the “scent” of individuality for a more “Meta” approach.

Lanier believes if handled and operated correctly, a collective can be powerful and persuasive.  Our problem, according to Lanier, is that we have not found the correct balance between personality and factual information.  Collectivism to Lanier does offer intelligence, a special kind of intelligence that cannot be displayed by individuals.  He concludes in his article that some answers should be handled by a collective whereas others are better off in the hands of individuals.  Both Kelly and Lanier spark good arguments in the debate about online collectivism and offer different ways to look at popular websites of our time and the impacts to come.

Furthermore, the article titled “The Shift to Social Communication”  on our Digital Media Blog can offer some of the kinds of impacts online collectivism is currently having.  Clay Shirky illustrates the shift in the media environment by the use of new social technologies.  According to Shirky, media has become much more social and it works to allow society to adopt new behaviors.  In this case, the change in society’s behaviors as a result of collectivism is what is up for debate between Kelly and Lanier.

2 responses to “The Rise of Collectivism and Open Source Software”