Teleaction, according to Manovich, is a very different operation. This because it is a complicated operation used to access new media, representing a shift from representation to conceptual space with telecommunication.  Manovich argues that real-time communication technologies (telegraph, telephone, television, telepresence, etc.) became subsidiary to technologies of representation (film, digital storage, etc) because of a shift in aesthetic. He relates this to definitions by Roland Barthes and Nelson Goodman deeming only finite objects as “texts” that can be “read.” But doesn’t the Internet and the increase use other real-time communication change all of this?

Take into account the rise of Internet and real-time communication. Isn’t it true that most people are now interacting through phones, the internet has become just as common place as interactions with representational technologies? Can’t these also be considered an aesthetic also? If so then teleaction must be considered in two forms: telepresence and image instruments.

Telepresence is usually defined as the ability to see and act at a distance, or representational technologies used to perform an action, in this sense x-rays, architectural designs, etc. would be one of these technologies. Brenda Laurel defined telepresence as “a medium that allows you to take your body with you into some other environment…you get to take some subset of your senses with you into another environment. And that environment may be a computer-generated environment, it may be a camera-originated environment, or it may be a combination of the two.” This could be applied using video guided missiles in real-time action. In the virtual environment, like that of the metaphor of the desktop, produces a screen space where telepresence uses on-screen action directly affected by user action. Manovich takes this all a step further and asserts that hyperlinking can be a form of telepresence, as the user is literally teleporting from server to server to access documents on computers in different locations. 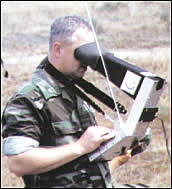 Manovich uses the term image-instruments to refer to Bruno Latour’s idea that images have historically functioned as instruments of control and power, that is to “mobilize and manipulate resources across space and time.” Manovich argues that since telecommunication uses images, but can also function by solely the electronic transmission of signals that real-time manipulation and control from a distance can happen.

Lastly, Manovich touches on the concept of distance and aura. Manovich first summarizes Walter Benjamin and Paul Virilo’s arguments of valuing distance.  Benjamin argues that by bringing things closer you ruin the natural/ unique location of them. Virilo discuss small optics, geometric perspective, and big optics, the real-time electronic transmission of information. He argues that as big optics takes over allowing global transmission of information small optics is lost and so is time for reflection and correct action.